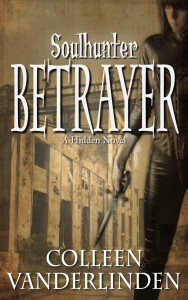 BETRAYER will be released on July 10th, 2015. If you want to receive it as soon as it becomes available, you can also pre-order it now on Amazon, and it will be there waiting for you. 🙂

I cannot wait to share this book with you!