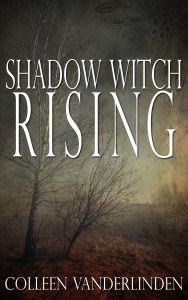 I mentioned on Facebook that I’ve had a few questions about the Copper Falls series, and I thought I’d answer those here as well, and also include some other background information for those interested.

“Is Copper Falls like Hidden?” And the best answer I can give is: in some ways, maybe? It is similar to Hidden in that the series focuses on a female protagonist (Sophie) who is strong in her own way and has to find a way to deal with both external and internal challenges. It’s similar to Hidden in that, obviously, it’s written by me, so you’ll see some familiar things and themes popping up, such as mentions of gardening and old cars and Detroit and (my biggie) the question of what strength looks like. Because there are many ways someone can be strong. Molly was physically/magically strong. She was strong in her sense of right and wrong, and in her devotion to helping. She was weak in other ways. You’ll find that Sophie is also strong in some ways and not so strong in others, because that’s realistic and I like writing those kinds of characters.

It’s not like Hidden, however, in the pacing and overall feel of the story. It’s just different, because that’s what this particular story required.

I wrote the original set of notes for the series that has since become Copper Falls back in 2010. I wanted to write about someone who had almost no power, magically speaking, but was forced into a situation that seemed impossible given how little magic she had. And I had already written the first draft of Lost Girl and knew who and what Molly was and how her power would evolve, and I liked the idea of writing about someone very different.

Detroit is practically a character in Hidden. The story, for me, had to take place here. The setting is just as important in Copper Falls.

We took a few long camping trips when I was a kid, where we’d travel through Michigan over the course of a week or two, and one of my favorite places in the entire state was Copper Harbor, which sits at the very tip top of the upper peninsula. I still can’t explain it, all these years later, but something about the place just spoke to me and has stayed with me. It is wild and beautiful and touristy… yet not such a big tourist spot that it loses its small town feel. So Copper Falls is based on Copper Harbor somewhat (based on what my favorite things were when I was last there). The falls that are a recurring theme in the books were inspired by the  Manganese Falls in Copper Harbor, which I rode my bike to when we camped nearby. It was a long ride, and it was an accomplishment just to reach them. And then when I did, I’d just stand there, mesmerized. Being a city girl, there was just something magical about having a waterfall within bike riding distance, and that feeling has stuck with me ever since.

There was also this crazy thing where you could go to the town dump and watch black bears come to scavenge for food. People would just sit in their cars and dozens of black bears would show up around sunset. It was really probably stupid, but those bears… they stuck with me as well. 🙂

I can’t wait to share this story with you. It is up for pre-order right now, and will be available on February 23rd!

In the meantime, I know my newsletter subscribers are waiting on the next installment of SOULHUNTER. I was wrapped up in revisions this week, so I didn’t publish a newsletter on Friday. You will definitely get an installment this week, though!

One thought on “Copper Falls: Inspiration and Other Miscellany”