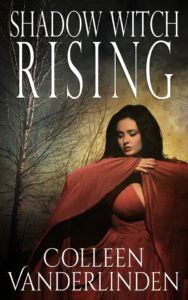 When Sophie Turner finally returns home to the sleepy tourist town of Copper Falls, she imagines the kind of life she’d always dreamed of: calm, quiet, and peaceful. After years of having her steps haunted by a powerful and devious stalker, she is now living on land settled by her ancestors. She can feel the magic in her blood responding, and she feels like she finally has the chance to build a life.

Until he comes along.

All of her dreams of peace and calm come tumbling down the second Calder Turcotte enters Sophie’s life. The danger he brings threatens everything she’s worked for, everything she’s tried to build for herself. He gives Sophie an ultimatum: break the curse her ancestor set on his family, or lose the very land that’s allowing her to heal. And as much as she despises him, as much as she fears him, she’s equally drawn to his icy gaze, his strength. Helping him is the right thing to do.

She never would have guessed how much she’d end up losing to save him.

Click here to order your copy of Shadow Witch Rising. 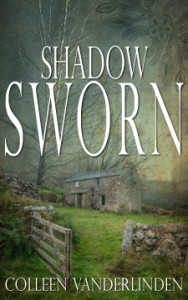 An old foe awaits his opportunity

Click here to order your copy of Shadow Sworn 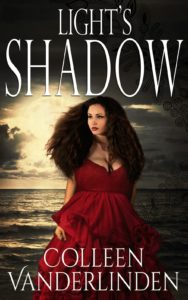 Born of the Light. Corrupted by Shadow.
After spending
her entire life as a servant of the Light, Sophie Turner no longer knows where she fits into a world in which she’s been forced to become the very thing she’s come to hate. She doesn’t know herself anymore, and can’t seem to reconcile her strong belief in the tenets of Light as Shadow magic flows through her body, seducing her, tempting her to do the very things she swore she’d never do.
At the same time, her relationship with Calder Turcotte, the man she’s loved for practically her entire life, is on shaky ground. The things she had to do to break his curse haunt them both, and there’s a distance between them now that she doesn’t know if they can ever bridge.

All of that is bad enough, but when the alpha of the Copper Falls wolf pack ends up dead, Calder finds himself under suspicion for his murder, and it becomes abundantly clear that the quiet life Sophie and Calder crave is further from their reach than ever.

And when an ancient enemy returns to make his final move against Sophie, finally fulfilling his mission, she’ll be forced to rely on the tenuous alliances she’s made, as well as the Shadow magic she detests and distrusts, to save everything that matters to her.

A story of eternal love, forgiveness, and strength, Light’s Shadow is the final book in the Copper Falls paranormal romance trilogy.

Click here to order your copy of Light’s Shadow.