We are just a bit over two weeks away from the release of DARKEST DAY, the third book in my StrikeForce series. Are you guys ready to see how Jolene reacts to the events of One More Day? One hint: it’s probably going to be violent.

First, let’s take a look at the synopsis:

“Whoever fights monsters should see to it that in the process he does not become a monster.” Nietzsche

One moment, one mistake, changed Jolene Faraday’s life forever. Devoted entirely now to bringing down the super villain known as Killjoy, she spends nearly every waking moment working toward his downfall — and the rest of the time trying to come to terms with what her life has become.

Somebody’s about to have a bad day…

Nightmares, guilt, and questions of her own morality notwithstanding, Jolene, A.K.A. Daystar, is becoming the hero she swore she’d be, and StrikeForce, under Portia’s leadership, is earning a measure of respectability from friend and foe alike. That is, until questions about Jolene’s involvement in a certain super villain’s death come to light, along with increasing pressure for her to answer questions about her shadowy past.

All of it is background noise, a distraction from her hunt for Killjoy and his team. And when they threaten yet another person she cares for, Jolene becomes nothing less than Killjoy and company’s worst nightmare. 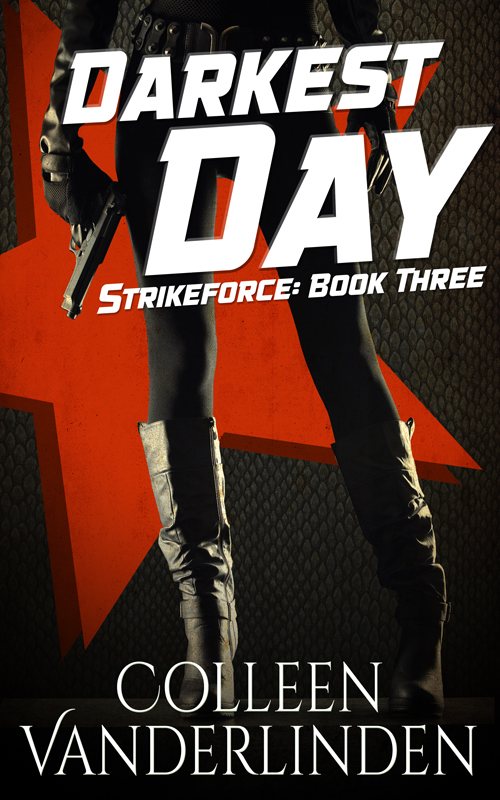 I’ll have an excerpt for you later this week.  I cannot wait for you guys to read this one! If you’d like to add it to your shelf on GoodReads (I’d love you forever) you can do that here.