I got an email from Sherrie last week. She said:

“I read the Hidden series and loved it all! I noticed that you mentioned Molly collecting things like pottery, and then in Soulhunter you mention collecting again with E and her shirts. Is this something you’re interested in? If so, do you collect the same stuff Molly does? I’m a junker myself, though I tend to like more rustic items….”

Sherrie caught me. 🙂 I don’t have any huge collections, but I do have several small collections of certain things. Of course, the fun thing about a collection is that it only gets bigger with time!

So, the two main things Molly collects are McCoy pottery and old milk glass. I have some of both. I only have two McCoy pieces (both flower pots) but I have a larger milk glass collection. I have a mix of vases, bowls, mugs, and tea cups, as well as a perfume bottle (that might be the next thing I start collecting — vintage milk glass perfume bottles!)

The McCoy thing with Molly is mostly based on childhood memories. In two of the houses I grew up in, I remember pottery which, I only realized as I got older, was McCoy. There was a baby bootie, and a donkey with a cart, and a few others that I remember being both in my room in our first house and then, later, in the bathroom of the house I spent most of my childhood in.

The milk glass, I collect mainly because I think it’s pretty, and it’s pretty inexpensive, so if you’re starting a glassware collection, it’s a good way to go.

Aside from those two things I have in common with Molly, I also collect (a small collection, for now) Pewabic Pottery (made in Detroit!), vintage Pyrex bowls, and Lincoln Beautyware canisters. I also have a lot of comics, though most of them were technically my husband’s from his childhood and teenage years, plus the ones we’ve bought since I started getting into them. 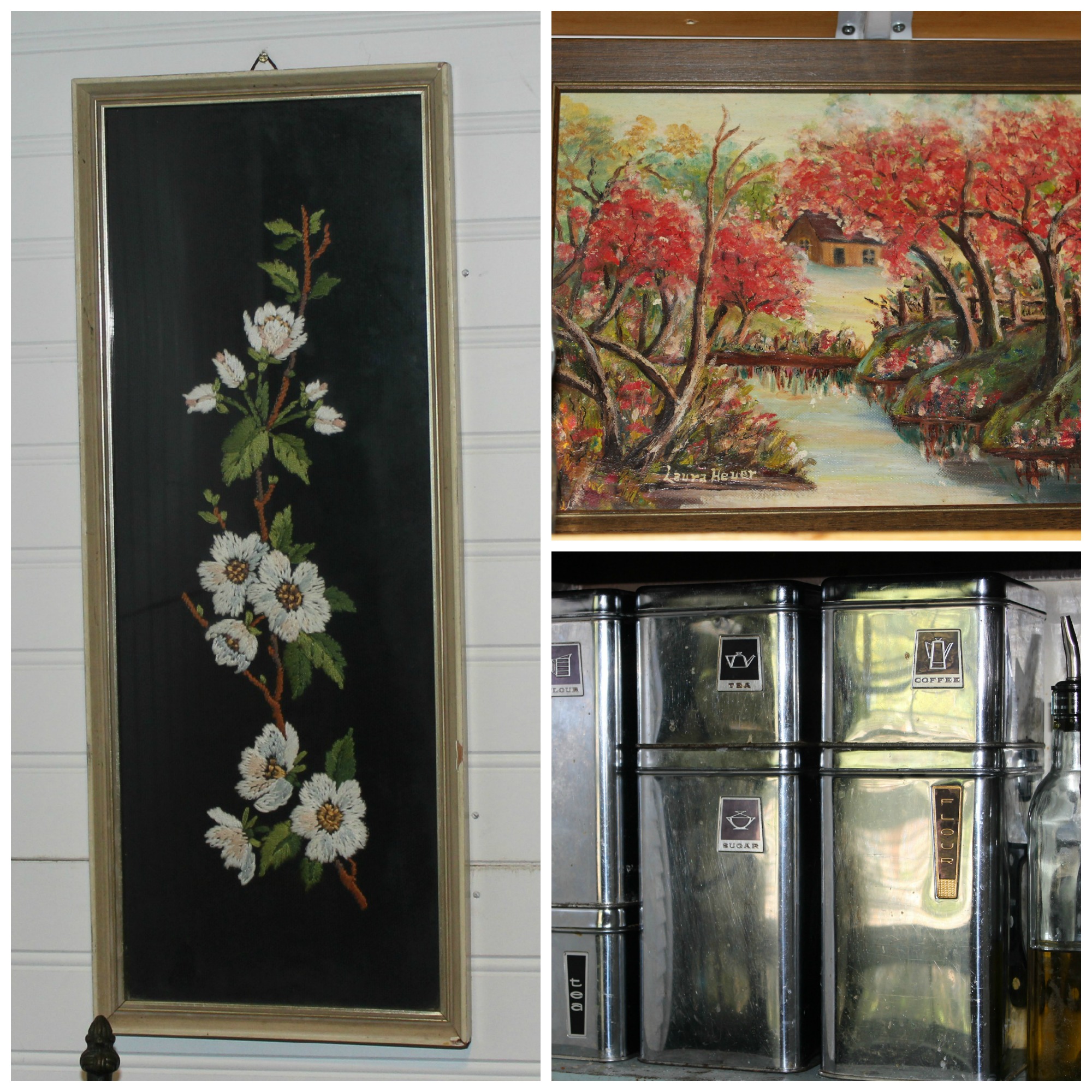 The only other thing I collect is really a more recent thing, within the last few months. I love going to thrift stores — that’s where I’ve found most of my collection pieces, and I always looked through the aisles of picture frames and artwork. The past couple of times we’ve gone, I’ve ended up purchasing small pieces of art, one of a kind items that were most likely done in art classes or something like that and ended up selling for $1.99 at the Salvation Army. I’ve started hanging them in my office, and they make me happy. I guess maybe it’s the idea that someone, at some point, put work and thought and creativity into creating these things, and I want to be surrounded by that kind of energy or feeling when I’m writing.

So, those are my collections! I have fun answering questions like this, so if you ever have anything you’re curious about, whether it’s about my books or me, send them along — it’ll give me things to blog about between book releases! 🙂