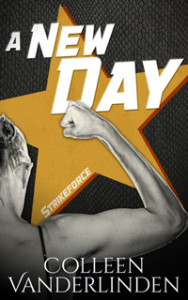 Superheroes exist. Driven, honest, courageous… true heroes. They live among us, and all over the world, they save lives. Their stories are told in hushed tones to rapt audiences, over and over again, myths of epic proportions.

This is not that kind of story.

Jolene Faraday is the girl next door, the type of woman who will babysit your kids or lend you twenty bucks when you get into a bind. She takes care of her mother, works her way through college, and even escorts her elderly friend to church. But no one knows the other side of her story.

Jolene is also the Detroit area’s most infamous, infuriating burglar, robbing the mansions of the wealthy and making a mockery of the law enforcement officials who vow that each job will be her last. She thrives on the chaos, the infamy, the pure thrill of every heist she pulls off. And then one day, it happens.

Across the globe, a new wave of ordinary people find themselves with super powers. Some hide, afraid of what they’ve become. Some become heroes; others, villains. Jolene just becomes a better crook.

And suddenly, it’s not just police officers after her. She’s officially under the jurisdiction of StrikeForce, Detroit’s supernatural law enforcement force, an agency shrouded in mystery. As her actions become more audacious and the world begins to see that she is far more dangerous than they ever realized, she finds herself on StrikeForce’s most wanted list.

Which leaves her with a choice to make: learn how to become a hero, or embrace life as a super villain.

Click here to order your copy of A New Day 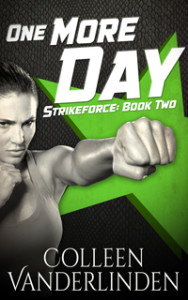 It isn’t every day that you find yourself responsible for overthrowing the leadership of a superhero team. Unfortunately for Jolene Faraday, AKA Daystar, she doesn’t have much time to bask in the glow of her victory over Alpha and his cronies at StrikeForce. Though StrikeForce is working to regain its reputation and be taken seriously, the villains they need to handle are out there right now, and StrikeForce is nowhere near ready to deal with them.

Dr. Death, responsible for the deaths of nearly three dozen people when one of his experiments went awry in downtown Detroit, is still on the loose, and it’s only a matter of time before he comes up with another maniacal plan. Super powered people are going missing all over the world, and then there’s that whole “now what do we do with Alpha?” issue.

Aside from that, Jolene is still adjusting to the injuries she sustained the last time she faced off against Death and his crew, as well as dealing with the weight of keeping her past life and her superhero life separate. She can’t seem to find enough time for her irritating sort-of superhero boyfriend, and her friends don’t entirely trust her. Probably with good reason.

All of that means nothing when Jolene is faced with betrayal, heartbreak, and questions of loyalty. In the end she’ll have to decide whether to keep to the superhero route, or risk becoming the very thing StirkeForce always feared she would be.

Click here to order your copy of One More Day