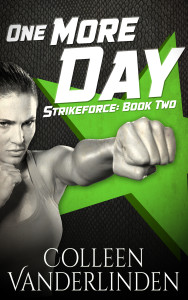 We are less than a week away from the release of One More Day! Next Wednesday, January 20th, you guys will get to see where Jolene’s story takes her next, and I cannot wait.

One of the things that seems to be becoming a bit of a pre-release tradition around here is the sharing of my writing playlist for each book. You can check out the playlist for StirkeForce #1, A New Day, here.) I think the first book had a lighter feel to it, with occasional moments where readers kind of wanted to hit someone. Book two is a bit darker (though there are still plenty of light moments!) and I think that’s probably reflected in the playlist. So here were the top five songs I listened to while writing One More Day:

I’ll just admit right now that once I heard this again in the initial trailer for the Deadpool movie, I knew I had to add it to the StrikeForce playlist. I think there’s maybe a little bit of Deadpool in Jolene, and that’s what makes her so fun to write. This is the ultimate fight scene song. (And this video is of the radio friendly version. I listened to the song with all the fucks intact, because Jolene. Ha.)

I’m still a fan of Hole just in general, and this is the first of two Courtney Love songs on this list. I listened to this quite a lot toward the end of the book.

I’ll just kind of leave this here for now. First of two Nirvana songs in my top 5.

2. Frances Farmer Will Have Her Revenge on Seattle – Nirvana

This one actually came pretty close to being the song I listened to most during the writing of One More Day. Firstly, because there is no such thing as too much Nirvana, and secondly because the lyrics are just so damn perfect and it’s ultimately a song about  isolation and betrayal and that probably says a lot about this book, I guess.

The most-played track from my playlist for One More Day was this one that was released late last year by Courtney Love. Besides having a really strong, driving pace that kept me bobbing my head and sometimes (the horror) singing along while writing, the song is a good mix of dark and light and the lyrics just kind of fit Jolene:
Miss Narcissist, come on
Magnificent and obvious
Bless us with your presence
And your paranoia
Miss Narcissist, she’s the thief
Sucks out all the energy
Stole all my heart’s fertility like a parasite
And all she needs is

Me, me, me
No apologies
In the end
Miss Narcissist, it’s us versus them
Ohh

Princess, what do you need?
Stretch marks on your arteries
Scars on your malignancy
Come on, come on
Self-obsessed, but weak
Don’t come crawling to me
We’ll throw your toxic trash out on the street

Me, me, me
No apologies
In the end
Miss Narcissist, it’s us versus them

When I listen to it, I think of Jolene. Paranoid, a little bit self-obsessed, believes she’s weak, always wanting more even if she doesn’t know why, and ultimately believing that it’s her versus everybody else. So… yeah.

So there were my top five tracks for this book! Some runners-up were “Doll Parts” by Hole,  “Possession” by Sarah Maclachlan, and “Detroit vs. Everybody.”

WEDNESDAY, guys!  And here was a little teaser graphic I made for Facebook, because I kept hearing after I released that excerpt earlier this week that people chuckled at these lines. 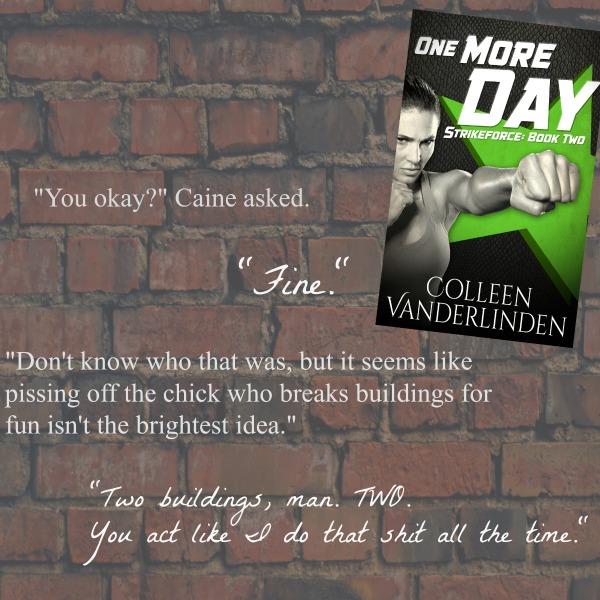