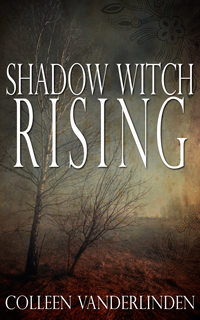 So Shadow Witch Rising came out this past week, and I can admit now that I was terrified. It was a different direction for me, and both my husband and Elizabeth Hunter probably heard way more panic from me than they ever wanted to. But, I’m a lucky girl, and both of them withstood the onslaught of “oh my god I suck —  what the hell am I doing… I should just write more HIDDEN!” like pros. 🙂
My fear was somewhat alleviated by the fact that both Elizabeth Hunter and Grace Draven (two of my absolute favorite authors) beta read and blurbed the book, which was something I really didn’t expect. Even so, I wondered how my readers would respond, and so far, a little less than a week in, the feedback has been very, very positive and people are excited and a few people have crushes on Calder, so I’m happy.

Aside from the Copper Falls series, work continues on the first Soulhunter book. This one is also getting very enthusiastic feedback from my newsletter subscribers (who are reading it in weekly installments as I write it) and I’m looking forward to writing the rest of Eunomia’s series once this book is available.

If you follow me on Facebook, you may have seen that I mentioned my planned upcoming releases. I don’t have release dates yet, but I know that I’ll be publishing the first Soulhunter book in the next couple of months, followed by the second Copper Falls book. After that, the next release will either be the second Soulhunter book or the first of my planned spinoff HIDDEN series about Rayna and her family. I’m still deciding which it will be.

I am still working my way through Liar, Temptress, Soldier, Spy by Karen Abbot — it’s a really good read so far, but I read nonfiction much more slowly than I read fiction, so it is taking me a while. Highly recommended so far if you enjoy Civil War and/or women’s history.

I have also finally read Diana Gabaldon’s Outlander and have started Dragonfly in Amber. Holy shit. Reading something like Outlander makes me want to weep in delight as a reader, but despair as a writer because there is no way I’ll ever be that good. But I can try. 🙂 (Seriously. Why have I not read this series before?? I see more historical romance in my future. If you’ve read Outlander and can recommend similar books/series I might like, drop them in the comments, please!) 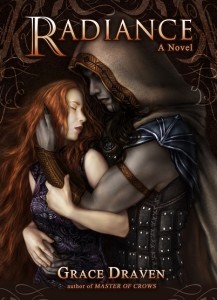 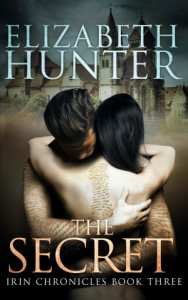 I’m also re-reading Grace Draven’s Radiance just because it’s too good not to read again. I will have a more comprehensive write up here on the blog eventually, and I know many of you have already read it. Another “holy shit” read for me. I called Grace a writing mage over on Facebook and I’m even more sure of it upon a second reading.

I beta-read Elizabeth Hunter’s third Irin Chronicles book, The Secret. We’ll just go three-for-three with the “holy shit!” reads in this post, apparently. It is amazing. Beautifully written, captivating perfection. Hunter’s ability to create and sustain a mythology throughout a series is amazing, and I have loved every second I’ve spent reading the Irin Chronicles. You all are in for a major treat when it is available on March 31st. Again, I’ll have a more complete write-up at some point here on the blog.

Of course, there have also been comics. Thor and Bitch Planet have continued to make me a happy reader. I am behind on others, but I’m hoping to catch up eventually.

That’s about it for now. I am going to try to blog more regularly, but that depends on how well the writing is going. Today, I met my word count early, so it seemed like a good time for a post. 🙂

Have a great weekend!