It was a week full of words and planning for me. Grab your favorite beverage and let’s talk about it!

I’m a little over a month into my new job as the garden writer for Love to Know, and things are going wonderfully. After so many years of the chaos of a freelance life and trying to publish faster faster faster as an indie author (which, to be honest, led to burnout and me mostly starting to hate the act of writing anything more difficult than a shopping list, or a very frequent journal entry berating myself — “other authors manage this, why can’t you??”) it has been a wonderful change. My mind is calmer in many ways, and I’m lucky to have good-paying work doing something I love.

Which is to say, now that my brain has detoxxed itself from the chaos that is indie author life (and it was most certainly toxic, at least to me) I’m feeling excited about writing again. So I have a few projects in the works, after stepping back, taking some time, and figuring out what it is that I really want to do as an author.

So, that’s my writing plan, in addition to writing more regularly here, and on Patreon, and at my garden blog. It feels right, and I’m excited about what’s ahead.

In the name of getting rid of some of the chaos, I’ve started using Notion to organize my book notes, outlines, mood boards, and all of the other miscellaneous information that comes with working on a book. Up until now, I’ve had various, weirdly-named files in Google Docs and scrawled, illegible entries in my journal about whatever I’m working on. It’s a habit shift, but I can definitely see how solely using Notion will make my writing life infinitely simpler. 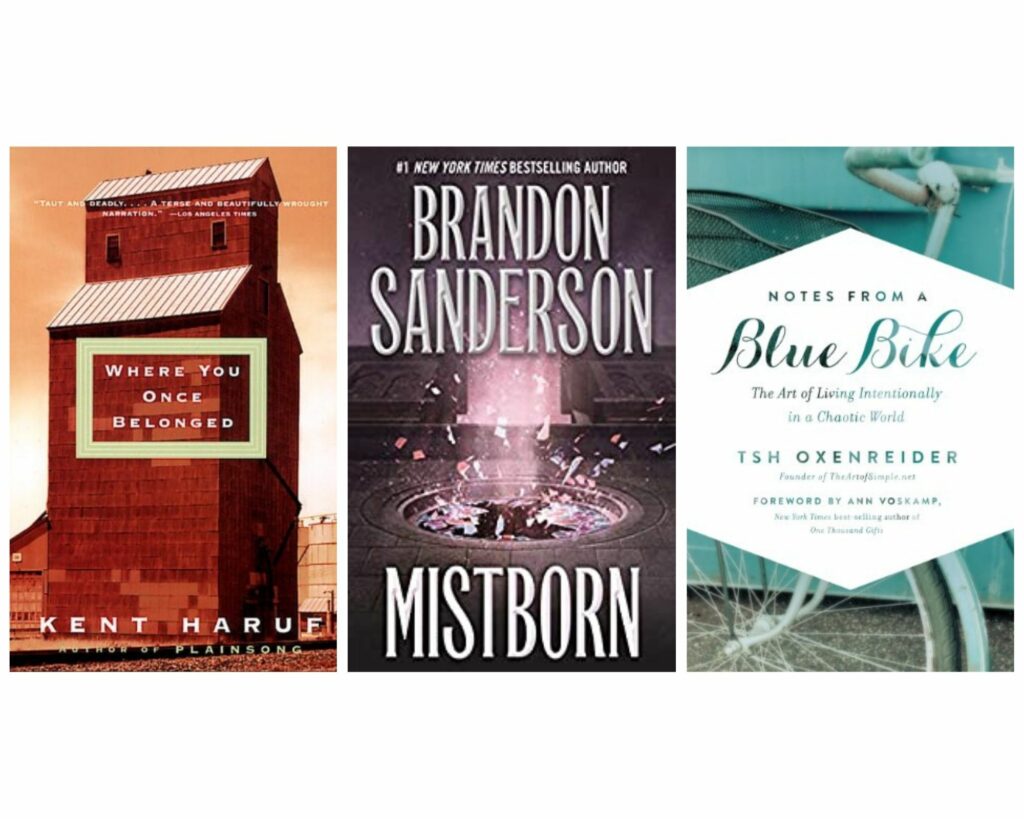 I’ve been reading a lot lately, which is as it should be. I stayed up way too late last night finishing Brandon Sanderson’s Mistborn, which absolutely blew me away. Looking forward to reading the next in the series.

I’ve also recently read Kent Haruf’s Where You Once Belonged (which is one of my Modern Mrs. Darcy Reading Challenge books) and as you can see from my GoodReads review, I had to take a day or two to see how I felt about the book after I’d finished reading it.

I also read Tsh Oxenreider’s Notes from a Blue Bike. While I don’t agree with all of Oxenreider’s viewpoints, this book about slowing down and focusing on what matters was definitely a good read for this point in my life.

I’m reading several books right now, including some of my Libby holds that came in recently and some books for my Grasshopper Hill Farm garden blog. 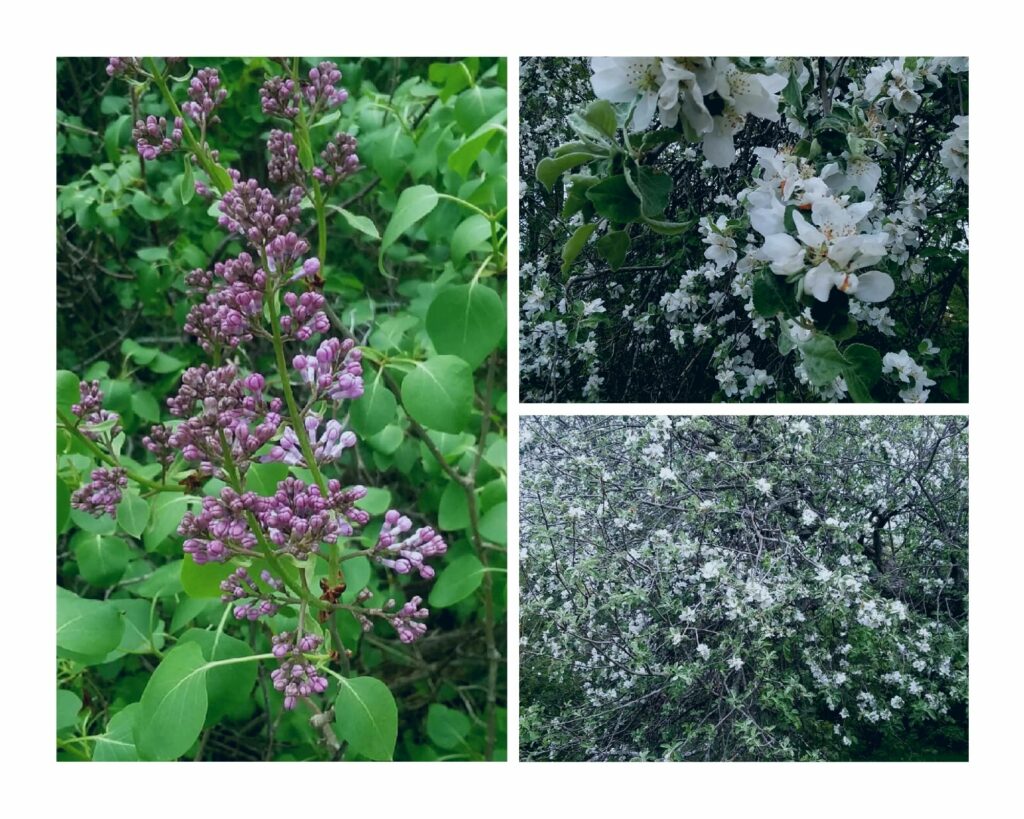 And, finally, it’s always a joy to share what’s blooming here in my little corner of the world. The wildflowers, including violets, dandelions, and trilliums have been adding plenty of color to our world for the last couple of weeks, but this week, the big old apple trees on our land bloomed, and, my favorite flowers in the entire world, lilacs, are just starting to bloom now as well.

That’s it for me! Thanks for stopping by! Have you read anything good lately? What’s blooming in your neighborhood right now?