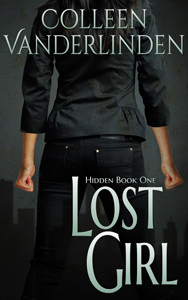 Molly Brooks is a telepathic vigilante with a few secrets and a mysterious past. Determined to make something of her bizarre powers, she devotes herself to saving those who need her most. One night, she’s followed by a powerful being in a pickup truck, and her world will never be the same. Finding herself thrust into a world full of supernatural beings she could have only imagined, Molly learns how powerful she really is, and how much she stands to lose.

Combining elements of urban fantasy and paranormal romance, Lost Girl is the first book in the Hidden series by author Colleen Vanderlinden. 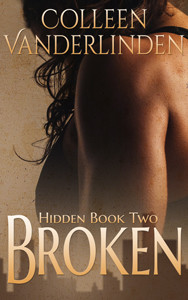 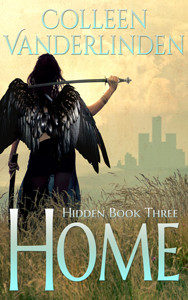 Vigilante. Telepath. Godslayer. The Angel. Molly Brooks has never been one to shy away from a fight, to hide from what needs to be done to protect the innocent. Even when it ends up costing her everything. Molly was beginning to have the type of life she’d only ever dreamed of: friends, family, rewarding work. Respect. Love. But her actions put her world, and every person she loved, in danger. So she did what she had to do: she protected her world from war. A war she caused, a war fought because of who she is, and what she is capable of. She never could have imagined that in doing so, she would be taken away from everything that mattered most to her. Lost in a hostile world, away from everyone and everything that ever mattered to her, Molly has to find a way to make peace, and then she has to find a way make her way back home. Assuming she can survive that long. When and if she gets there, will the world she loves still be the same? And the bigger question is: will she? Available now at Amazon.com 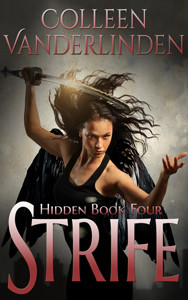 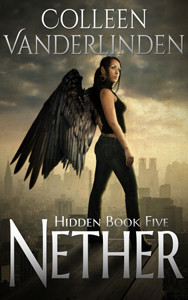 The final installment in the Hidden urban fantasy series!

Molly Brooks has faced every foe thrown at her: power-hungry gods, hateful spirits, plotting demons, and everything in between. She has been betrayed. Lied to. Tortured. Possessed. And she has fought her way back from the brink, time and time again.

It all leads up to this.

Two Titans, formerly imprisoned by Molly’s family, now walk the mortal realm. The vengeful ancient, Nether, finally freed from her prison, longs for revenge against those who decided her fate. And this time, Molly just might not be enough to fight them all, despite having everything to lose. 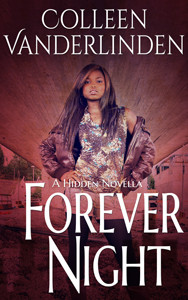 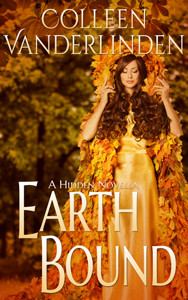 Hephaestus. God of fire. God of blacksmiths. Reviled son of Zeus and former husband of the goddess of love. He’s found his place in the mortal realm, working with his friend Molly and her team of supernaturals. And he’s fine. He’s good. There isn’t a single thing he needs. Until the day a witchy waitress walks into his life. Can he get over a lifetime of rejection and the dangers of his own past and finally give happiness a chance? Or is he destined to spend his long life alone? This is a novella set in the Hidden world. It takes place after the events of Strife, Hidden Book Four. Available now at Amazon.com 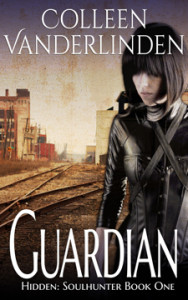 Eunomia. Right hand of the Angel. The last of her kind, is now Death’s hunter. For thousands of years, the Guardians collected the souls of the dead, bringing them before the God of Death for their final judgment.

It all ended when Eunomia’s sisters, the other twelve Guardians, betrayed the God of Death and his daughter. In the blink of an eye, Eunomia’s reason for existing ceased to be. Now, she has no idea what to do with the rest of eternity.
But all of that changes the day her best friend, the new Goddess of Death, comes to her with a problem only Eunomia, last of the Guardians, can solve.

But what at first appears to be nothing more than a simple soul collecting job turns into an around-the-world journey that challenges Eunomia at every turn. All she has to do is find twenty-seven lost souls, keep her friend sane, and solve a mystery… all while trying not to lose herself in the arms of a man thousands of years of experience tells her she should avoid.

Combining elements of urban fantasy and paranormal romance, Guardian is the first book in the Hidden: Soulhunter series by author Colleen Vanderlinden. 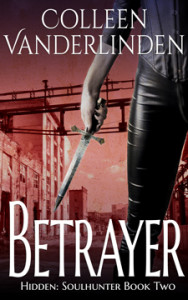 What Readers and Reviewers are Saying

“Lost Girl is smart urban fantasy with the perfect balance of humor and emotion. Vanderlinden combines witty dialogue and an original premise, using the crumbling urban landscape of Detroit as a backdrop for heart pumping action with just the right balance of romance. A great debut effort, and a series I’m eager to follow.”
– Elizabeth Hunter, best selling author of the Elemental Mysteries, Elemental World, and Irin Chronicles series

“Strong characters, interesting mythology, humor, romance, and a believable struggle for a worthy hero to find her identity and protect the people she cares about. Hidden starts out strong, and it’s only getting better.”

“[Hidden]…marries urban legends and Greek mythology, along with a bit of superhero swagger.”

“Humor. Romance. Violence. Memorable characters. Good and evil and a hell of a lot in between. There’s a lot of good stuff in here.”

“What a great book! Totally pulled me in…”

“This is a compelling read – fast paced and witty – with a main character who is so right in today’s climate where women are as far removed from a damsel in distress as a vampire is from tofu. Molly is a character I liked immediately – quirky but lovable…”

42 thoughts on “The Hidden Series”